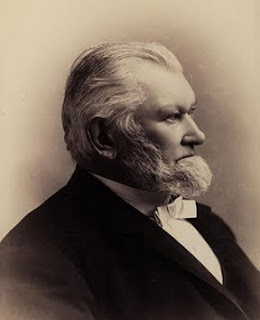 1862 Has past and left its trace upon the Historians Record. It has been a vary important year. It has fulfilled the Historians predictions & the predictions of the prophets
[refers to last years summary]. There has been more blood shed & lives lost in the United States in the battles between the North & South in 1862 than there was in the Revolutionary war & the war of 1812 with Great Brittian. The most Bloody battles were faught ...
... there is a great lack of Confidence throughout the Earth between man & man and between all the Nations of the Earth. There are many widows and orphans and much morning & Lamentation through the Land in Consequence of the much blood which has been shed during the past year. But the End is not yet, but ownly Just commenced. Peace is taken from the Earth and the wicked are inspired to slay the wicked.
While these things are going on the Saints are gathering home to Zion to build up the kingdom of God. Then the Lord may reign over his Saints while Satan rules over his own Dominion. There has been Near 5,000 Saints gathered into these vallies during the past year. The Temple foundation has been taken up in part & relaid & many improvements have been made, & the Blessings of God have been upon Zion.