Excerpts of Mormons silent on state gay marriage referendums by Michelle Boorstein, The Washington Post staff
--
WASHINGTON - Maryland activists working to overturn same-sex marriage have had to get used to one surprising absence from their religious coalition: Mormons.

Wealth redistribution, taxes, government, and the poor in Winter Quarters

Excerpts of Wealth redistribution, taxes, government, and the poor in Winter Quarters, by Clair Barrus, Worlds Without End

--
In our current election season, many issues have been debated about the economy, including wealth redistribution, social safety nets, economic recovery, the size of government, the poor and self-sufficiency. Brigham Young was faced with these same issues when building a winter settlement in Iowa as the Mormon pioneers headed west. ... Young successfully implemented a government structure that oversaw the development of an economy that produced a city.

Winter Quarters, Christensen
Young divided the settlement into wards and called 22 Bishops to oversee the needs of the people. Hosea Stout recorded Brigham Young's proposition to the high council to address the situation.

"President B. Young … taught the council … to lay plans to take care of the poor & see that the Bishops also did the same and cause the poor to be put in a way to sustain themselves and not to make the rich hand out all they have." [2]

The next day, the topic was revisited. Stout recorded:

"President Young moved that every able bodied man be taxed every tenth day to be devoted to geting [sic] wood and doing such other thing as is necessary for the poor and that it be paid in advance & that the Bishops … notify the people to commence next day to work out this tithing which was agreed to by the council[.] The men who did not work out his tithing is to pay an equivalent" [3]

Givens: To the doubter

Excerpts of Letter to a doubter (A Fireside Presentation to the Single Adult Stake, Palo Alto, CA on 14 October 2012)  by Teryl Givens

--
I understand that some doubts have arisen in your mind. I don't know for sure what they are, but I imagine they are ones I have heard before. Probably some of them I have entertained in my own mind. And perhaps some of them I still harbor myself. I am not going to respond to them in the ways that you may have anticipated. Oh, I will say a few things about why many doubts felt by the previously faithful and faith-filled are ill-founded and misplaced. The result of poor teaching, naïve assumptions, cultural pressures and outright false doctrines. But my main purpose in writing this letter is not to resolve the uncertainties and perplexities in your mind. I want rather to endow them with the dignity and seriousness they deserve. And even to celebrate them. That may sound perverse, but I hope to show you it is not.

Quinn: When Mormons Go to Washington

When Mormons Go to Washington

Because of the skepticism Mitt RomneyBs Mormon beliefs have caused voters, the G.O.P. nominee has likened himself to J.F.K., the U.S.Bs only Catholic president. But the cozy relationship between the L.D.S. Church and Mormon politicians, particularly Republicans, would make even the Pope blush.

For not yielding to the wishes of the L.D.S. Church, in 1965, Mormon Congressman Kenneth W. Dyal said he received Babuse, threats, blackmail and vicious attacks on my integrity from corporations, church members and their leaders.B It was perhaps for this reason that resisting the Church was not common.

Mitt Romney is the first member of the Church of Jesus Christ of Latter-day Saints (L.D.S.) to be nominated by one of the two major parties as a candidate for the U.S. presidency. The ChurchBs adherents are nicknamed Mormons, because their founding Bprophet,B Joseph Smith Jr., published the Book of Mormon in 1830 as GodBs new revelation, a volume of BHoly Scripture,B equal to the Bible in importance. Today the L.D.S. Church has more than 14 million members in 138 countries, and 15 members of the U.S. Congress are Mormons.

Most to least Mormon states (and Salt Lake found to be most Christian city in U.S.)

Most And Least Mormon States In America, by Jahnabi Barooah, The Huffington Post. Note, the same study found Salt Lake to be the most Christian city in the nation.

The University of Virginia has announced a new endowed chair in Mormon studies, making it the first university in the East to have such a position. The chair will be named for Richard Lyman Bushman, a distinguished historian of early America who taught for many years at Columbia University and more recently directed the Mormon studies program at Claremont Graduate University in Claremont, Calif., which in 2008 became the first secular institution outside Utah to offer such a program.
Read more »

The Personal Is Political: Why Women's Issues Remain Central to the Public Good

ABC News: Mormons on a Mission

Religious affiliation on the decline

Excerpts of "Nones" on the Rise, Executive Summary, Pew Forum on Religion and Public Life

One-in-Five Adults Have No Religious Affiliation

The number of Americans who do not identify with any religion continues to grow at a rapid pace. One-fifth of the U.S. public – and a third of adults under 30 – are religiously unaffiliated today, the highest percentages ever in Pew Research Center polling.
In the last five years alone, the unaffiliated have increased from just over 15% to just under 20% of all U.S. adults. Their ranks now include more than 13 million self-described atheists and agnostics (nearly 6% of the U.S. public), as well as nearly 33 million people who say they have no particular religious affiliation (14%)
Read more »

Legacy of a progressive General Authority

Excerpts of Mormon leadership bids farewell to peacemaking progressive by Peggy Fletcher Stack, Salt Lake Tribune
--
Jensen emerged as a public face of Mormonism to outsiders. He spoke eloquently and personally about his faith and the church's challenges in the 2007 PBS documentary "The Mormons." He urged Utah legislators to be compassionate in their approach to immigration. He became LDS leadership's most visible Democrat and helped heal wounds over the 2008 Proposition 8 ballot fight as well as the 1857 Mountain Meadows Massacre. And, in perhaps his most significant achievement, he oversaw the greatest transformation in the church's historical department since the 1970s and reached out to scholars to make the faith's vast historical holdings widely available.

Priesthood / Relief Society Manual 2013: "Teachings of the Presidents of the Church: Lorenzo Snow" 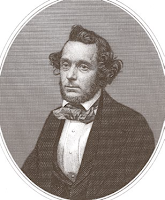 Note:  LDS-Church-History is presenting a in-depth chronology of the life of Lorenzo Snow.

Table of Contents: "Teachings of the Presidents of the Church: Lorenzo Snow"
--