Dead Sea Scrolls to be made available online

Excerpts of Dead Sea Scrolls to be made available online, by Kevin Flower, CNN

--
In an ambitious application of 21st century technology brought to bear on a first century wonder, the Israel Antiquities Authority and internet search giant Google Tuesday announced a plan to digitize the Dead Sea Scrolls and make the entire collection available to the public online.

Israel Antiquities Authority (IAA) General Director Shuka Dorfman called the project a milestone that would enhance the field of biblical studies and people's understanding of Judaism and early Christianity. 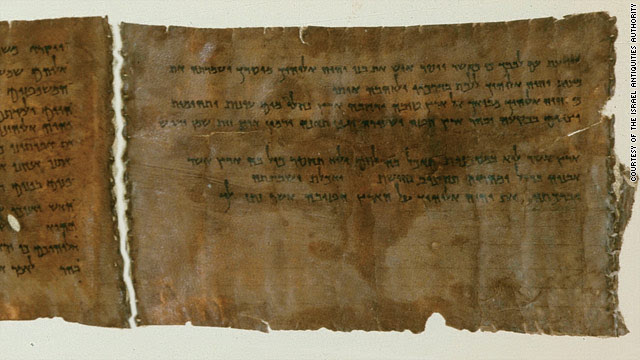 Gallery: Digitizing the Dead Sea Scrolls
The project will employ the latest in spectral and infrared imaging technology to scan the thousands of scroll fragments into one large database.

"This is the ultimate image of the scroll you can get get," explained IAA project manager Pnina Shor, as she showed reporters an example of the imaging. "It presents an authentic copy of the scroll, that once online, there is no need to expose the scrolls anymore."