A pamphlet designed to help LDS families deal with issues regarding homosexuality has been released by a group not affiliated with the LDS church.  "Supportive Families, Healthy Children: Helping Latter-day Saint Families with Lesbian, Gay, Bisexual & Transgender Children" was created by the Family Acceptance Project and can be downloaded here. Many LDS families are not equipped to deal with an LGBT daughter or son, often leading to tragic consequences. Former LDS Bishop Robert Rees coauthored the pamphlet.

Another grassroots effort by Mormons to address cultural difficulties associated with homosexuality is Mormons Building Bridges. They want to let the LGBT community know that despite some perceptions, many Latter-day Saints are not homophobic. From The New York Times:

Reviewed by Bryan Buchanan for the Association for Mormon Letters


Indulge me: picture a man neck deep in a swift river with people on both banks trying to warn him of boulders they think are in his path.  After successfully navigating his course, he exits the river to the cheers of both banks.  It happened.  His name is John Turner and he's just written a landmark biography of Brigham Young.  With an embarrassment of riches in terms of sources that would drown a lesser man and voices from both extremes depicting a tyrannical harem-master and, conversely, a gentle kingdom builder, Turner has achieved a fair and well-rounded portrait of Brigham Young. No sticky wicket (Mountain Meadows, the handcart imbroglio, Young's often testy personality, etc.) is skirted—at the same time, the reader does not get a sense that Turner is poking at them as at a sore tooth. Notoriously difficult for biographers, Young has eluded many through the years.  With "Brigham Young: Pioneer Prophet," Turner has done what "Rough Stone Rolling" did for Joseph Smith: combine meticulous primary source research with balanced historical craft. ...
Read more »

Research to be presented on changing LDS LGBT sexual orientation

Bill Bradshaw will report some of the data from a recent on-line survey of 1600 LGBT Latter-day Saints at the Family Fellowship Forum, Sunday, June 24, 2012 at 4:00 p.m. in the Social Work Auditorium on the campus of the University of Utah in Salt Lake City.

The talk will focus on the experience of these respondents in trying to change their sexual orientation. The results should shed light on an ongoing debate about the validity such therapies.

Women and the LDS Church Conference

Women and the LDS Church: Historical and Contemporary Perspectives Conference

Co-directed by Kate Holbrook, Specialist in Women's History in the LDS Church History Department and the 2010-2011 Eccles Mormon Studies Fellow, and Matt Bowman, Professor of History at Hampden Sydney College and alumnus of the University of Utah.
Read more »

The FAIR Conference is an annual event that brings together scholars, apologists, and interested individuals from a variety of areas. Each comes with a unique perspective on history, science, or theology, and all come with a desire to help defend the gospel and share evidences of its truth.

Why the name and organizational location of the church was changed

The reason most mistakenly believe the church was organized in Fayette, NY is tied to the reason the church's name was changed from "Church of Christ" to "Church of the Latter Day Saints" according to historian Michael Marquardt.  Following are excerpts from a series of small articles in Joseph Smith Organized the Church of Christ in Manchester, Ontario County, New York on April 6, 1830. 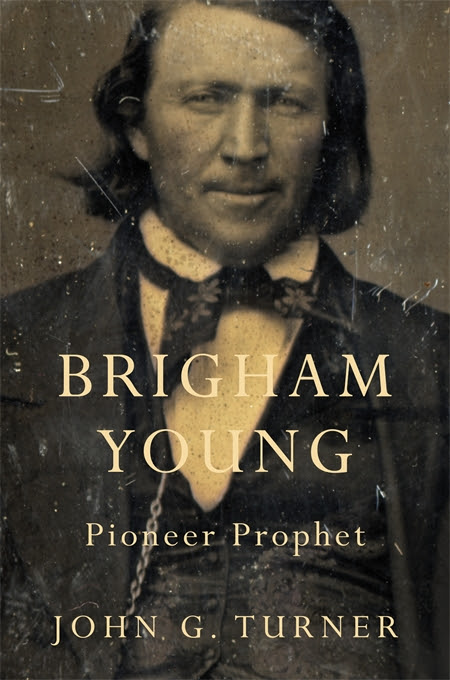 Brigham Young was a rough-hewn craftsman from New York whose impoverished and obscure life was electrified by the Mormon faith. He trudged around the United States and England to gain converts for Mormonism, spoke in spiritual tongues, married more than fifty women, and eventually transformed a barren desert into his vision of the Kingdom of God. While previous accounts of his life have been distorted by hagiography or polemical exposé,John Turner provides a fully realized portrait of a colossal figure in American religion, politics, and westward expansion.