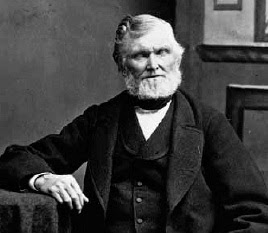 ... the fulfillment of the word of God & the preperation for the coming of the son of Man.It has been A year of Blessings upon Zion & her Children. The Lord hath preserved my life to lead one of the camps of Israel out of the midst of the Gentiles to mingle with their Brethren in Zion now building up Cities in the rich vallies of the mountains of Israel. ...

- The gathering of the people with Hand Carts
- the commencement of the refermation
- the Death of J[edediah] M. Grant,
- the great exertion to save the people in the snows of the mountains.

But the following year I believe will be greater Still both with the world & Zion. I pray that the spirit of God will attend me & my brethren in the Priesthood that we may be saved from all evil & the power of the Devil and have power to build up the kingdom of God on the Earth.